The Delicate Mix between Technology, Politics and Aesthetics

In April 2015 I had the honour to receive a private tour by the Spanish artist Daniel G. Andújar of his solo show, Operating System, at the Museo Nacional Centro de Arte Reina Sofía Museum in Madrid.1 I know Daniel from the net.art days of 1996–1997 when he was running Technologies To The People® (TTTP) (1996), a work shared in Operating System. All these months later, as the works in the show stayed with me, I decided to contact Daniel and request an e-mail interview with him. What I appreciate in his work is the natural way in which his ‘new media arts’ background is woven into the broader visual arts context of a large museum such as Reina Sofía. The show brought together the real thing and its virtual double – as if the two have never been at odds. Operating System offered a mix of many things, such as playful net.art, a dark, hacker space installation, journalism investigating real estate projects (from the pre-2008 boom years), a colourful room filled with manipulated versions of political celebrity posters and an art historical investigation into Pablo Picasso. The exhibition seemed to find the ‘tactical’ equilibrium so many people have thrived on and thirsted for. When we have all moved on to become post-digital, where ‘analogue is the new digital,’ then why should we continue to marginalize those who experiment with the ‘new material’ in an evermore ironic fashion? It is time for the Great Synthesis. The historical compromise is there. Everyone prepares for the first post-digital Venice Biennale in 2017. Let’s enjoy the delicate mix between technology, politics and aesthetics in such a way that none of the three dominate, and let Andújar be our guide. 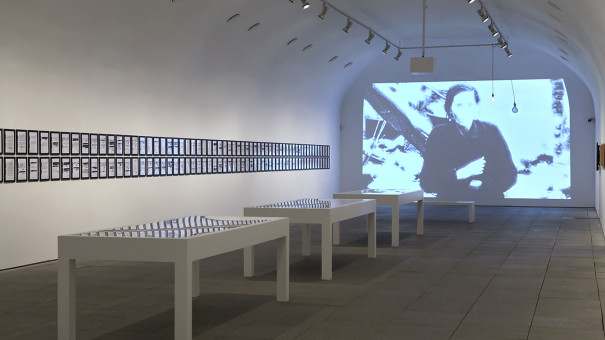 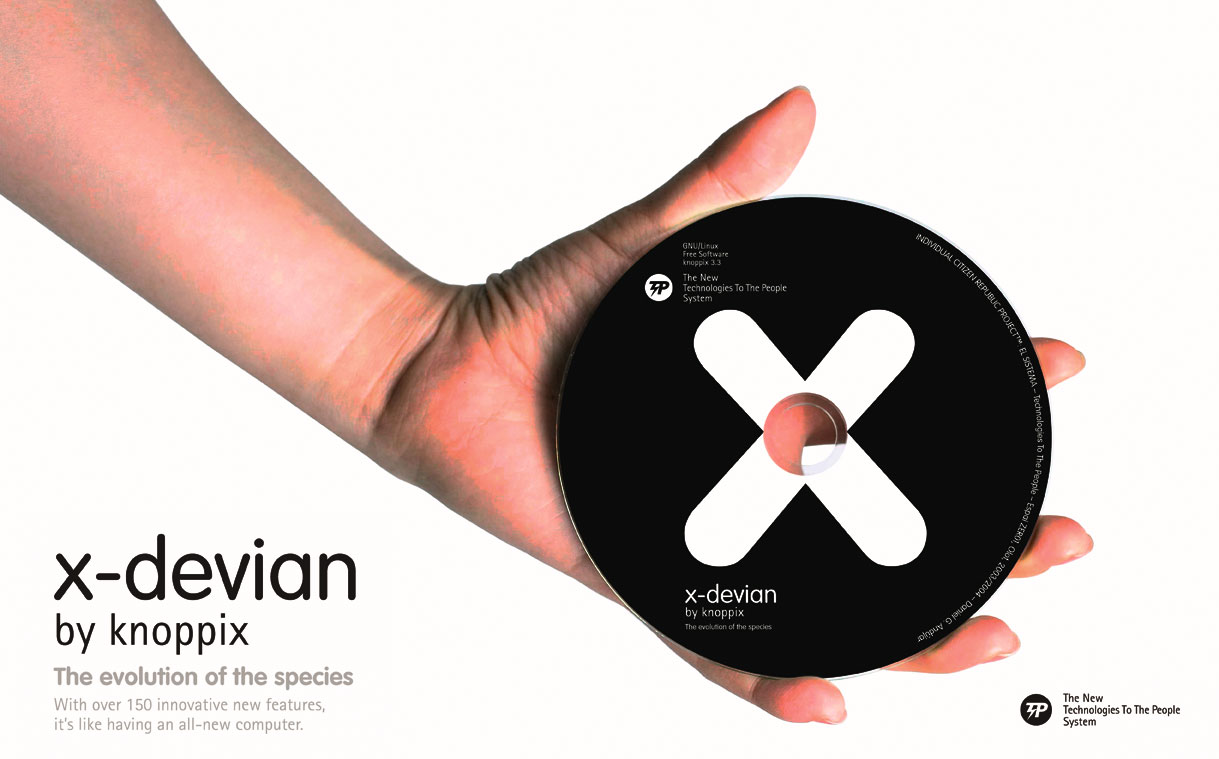 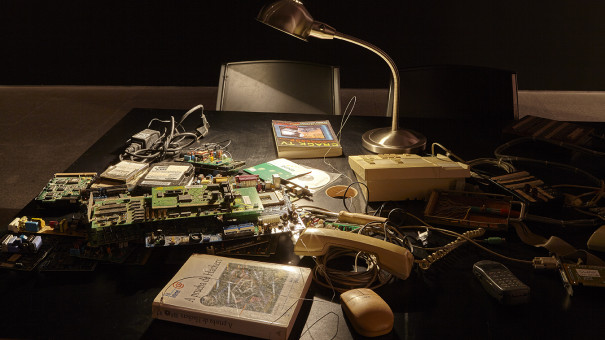 The first solo exhibition of the year at the Museo Nacional Centro de Arte Reina Sofía is “ Operating System”, by Daniel García Andújar. A large selection of earlier works is being shown alongside new creations that continue to explore the link between new technologies and society, intervening between the public and the private. We talk with an artist who considers his work to be more collective than individual.

Your exhibition could also have been called “Inoperative system”.

In fact I’m into these analogies, very black or white. I make a lot of references, as happened in “Postcapital”, where I reduced language to colours, something symbolic but that is still there as part of the artistic language. In the artist’s toolbox there are all the languages used during the history of art, it would be absurd not to use them. I make an almost reductive use in this type of analogy, in this case of red, white and black. I make these analogies, as in operating system, in order to establish parallels with the political system. In line with the language of hacking, there is an endeavour to seek out the failures of the system, through the bug, and once on the inside to improve or repair it; this search is for a more democratic system, for a much more horizontal system.

Through the hole opened up by the bug enters exploit, the programme that can be damaging or beneficial.

I work with this idea, in fact I always explain the paradox of the knife: If we film a scene with a close up, a certain type of lighting, use certain dramatic recourses of film and a knife appears, we think one thing. But if later a hand and Ferran Adrià appear, we’ll be talking about cooking. Depending on how we use them, tools have one result or another. I’m in favour of a greater transparency and emancipation, and that what be criminalized be a bad use of this information. But they are criminalising or supervising us a priori, and don’t let us function as an emancipated society.

You mentioned there are errors in the system. Do you think the way to solve them is through the participation of society?

Undoubtedly. When I began to develop these operating systems and software, I talked about an emancipated citizen in this sense. If instead of society as a shapeless mass we have individuals who are trained, with a good stock of educational and pedagogical culture, we’d have a better society. Here I draw a parallel with the Spanish empire of Philip II, when thanks to the printing press, the word, in this case of God, the Bible, begins to be disseminated. There is a wider access to certain information and its interpretation. It’s there the developments began that led to the French Revolution, that first great emancipation of the bourgeoisie. I make an analogy with this huge divide that is currently forming, that ultimately is like a new social hierarchy, what in the 90’s was called info-rich and info-poor. The digital divide is growing increasingly wider, adding to a divide that was already there.